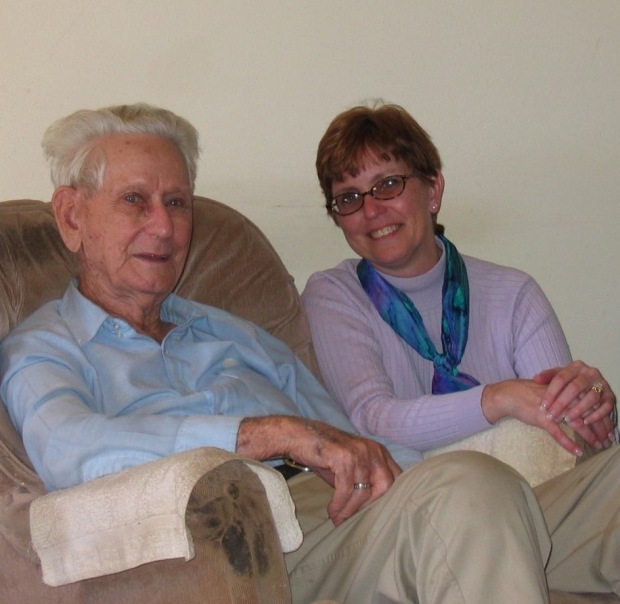 Nine years ago today our family lost my father. He was 92 years old and we had been expecting it as he was in the last stages of Alzheimer’s disease and had not been awake much, for about a week. Nonetheless, it was still a shock when the nurse called me around 8:00 AM, the morning after Thanksgiving, to tell me if the family wanted to be there, we should come up to the nursing home. His nurse, Glenn, said he didn’t expect Daddy to last past noon. So, I called my sister so she and her husband could drive up from Brownfield. I called my sons as well and I had Alan with me. We all went up and sat by his bedside all morning. He wasn’t awake, but I felt that he was comforted that we were there. He died about 5 minutes after noon. (It was rather scary how accurate Glenn was!)

L.D. Wood was born on January 23, 1914 in Lubbock County, Texas and died on November 24, 2006 in Lubbock, Texas. He married Margaret Inez Gill on June 6, 1934 in Clovis, NM. He was a cotton farmer for 34 years and then worked for the Texas Highway Department as an Engineer’s Aide for about 12-15 years before retiring. He lived 30 years after retiring, but was so good with his money, that he was able to take care of both Mother and himself all of his life. I find that remarkable.

I miss Daddy for his wisdom, his wry and dry wit, his pretty blue eyes, and all of his love and care. He loved his kids enough to make us behave well, work hard, be honest, and love deeply. He didn’t put up with sass and he taught more by example than by words. He was the sort of man who went to the hospital when family or friends were sick. He called them when they went home. He took neighbors to buy groceries when they could no longer drive. He wasn’t perfect, by any means, as none of us are, but he was a believer in Jesus Christ and was a member of the Church of Christ all of his life. 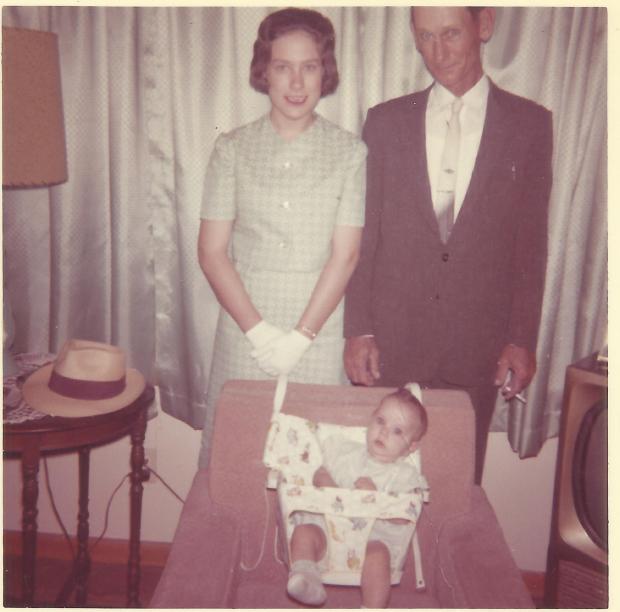 I still laugh at things he did over the years. For instance, when we had to put him into the hospital for pancreatitis in his early 80’s, he woke up and looked at the end of his finger where a pulsoximeter was attached. (Those glow red.) He didn’t have his glasses on and he motioned me over to him. He whispered, “Elaine, I do believe the end of my finger is on fire. What’s wrong with it?” He was so serious and I got so tickled! I said, “Daddy, your finger isn’t on fire! That’s an instrument to tell us how much oxygen you have in your system.” He said, “Well, I’m breathing easily and alive so I guess I have enough, don’t you think?” LOL!

Anyway, I always get a little blue on the anniversary of my parents’ and siblings’ deaths. I suppose that’s to be expected. I don’t mullygrub for days or cry a lot, but I do get misty eyed. I am SO thankful that I had such good parents. They were salt of the earth and as I’ve grown older and seen so many examples of bad parents, mean parents, and downright evil parents, I have become more and more aware of how very blessed I was to have such good parents. Thank you God, for the blessing of my good parents.