I got off-track with my travel log. Good thing I journaled some each day or I would never be able to remember all the adventures we had or the wonderful things we saw each day of our trip to Europe in May. One of the primary reasons I’m blogging about this trip is I never want to forget a single bit of it! Alan, my husband, and I had so much fun, just being together and seeing parts of the world we’d never seen before and might not ever get a chance to see again. If I haven’t said this before, I’ll say it now, “If you get a chance to travel abroad, GO!” It will change your life in ways you can’t imagine.

Ok, now on to the rest of our fourth day in Ireland, May 20! After we left the Blarney Castle, we took a driving tour through the center of Cork City, which is actually on an island in the middle of River Lee which joins the bay of Cork. Amidst narrow streets and many pedestrians, there were views of lovely little homes and old schools. Cork City is a university town and so there is that feel of academia that always makes me remember my years working at Texas Tech University. Here are a few pictures typical of what we saw in Cork City. I was especially fascinated by that pink house! There are many things to see in Cork City, but, being in a bus, it was difficult to take pictures in the narrow lanes. 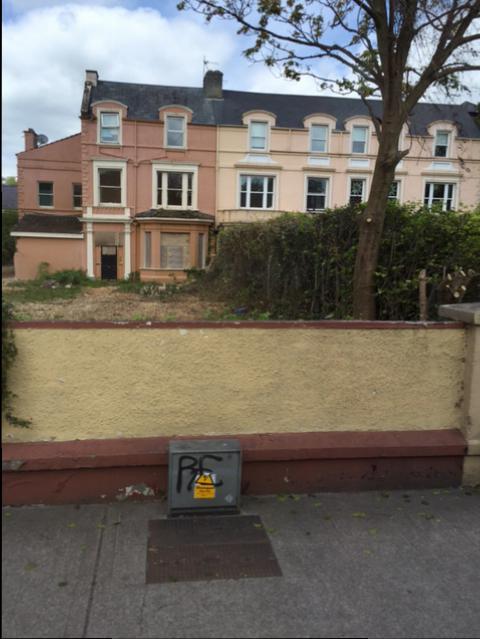 The Pink House in Cork City. I’m not sure if it was a home or a business, but I love it!

After leaving Cork City, we drove further east and then south to the tiny town of Cobh, which is famous for being the last departure point from Europe to the Americas. We went to St. Colman’s Cathedral which is absolutely beautiful. It has a huge tall spiral which reportedly was the last thing seen by most emigrants as they left the Bay of Cork and headed to the Americas. I loved this Cathedral as it had such a peaceful, quietness to it that was very conducive to prayer. So I did. Pray, I mean. I’m not Catholic, but I love their churches and cathedrals because of that peaceful quietness. 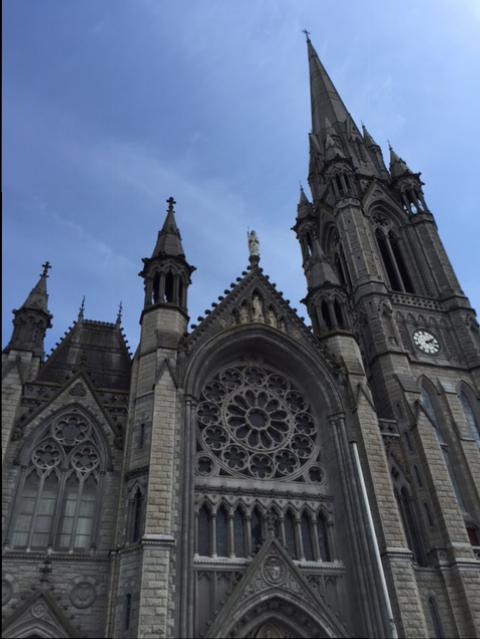 The Cathedral is in a lovely little neighborhood with very colorful houses built down the hill. 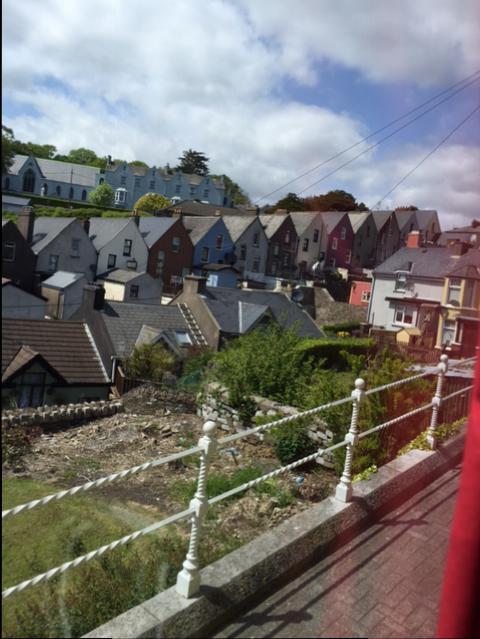 Photo doesn’t do this area justice. The houses are painted in very bright and cheery colors.

Finally, we went to the Cobh Heritage Center which at one time was where the ships left for the American and all points west. Some especially famous ships that left from this port were the Titanic and the Lusitania. As everyone knows, the Titanic was sunk in the northern Atlantic Ocean after hitting an iceberg. The Lusitania was the ship torpedoed by a German U-boat during World War I off the coast of Cork. 1,198 people died leaving 761 survivors who were mostly rescued by Cobh and Cork residents. The Cobh Heritage Center has some very good exhibits about the mass immigration of Irish people during the Potato Famine, life on the ocean liners that took the immigrants to the Americas, as well as a good exhibit on the Titanic and the Lusitania.

We stayed at the Heritage Center for about an hour and a half at which point we went back to the train station, boarded our train, and took off our shoes for our aching feet and headed to Dublin. It was a long day, but a very good day. We saw so much that it seems like a fantasy in some ways now, but it was very, very real.

More on our continuing adventures soon!